School's Out For Summer!

Holy smokes! It's the end of the school year.

This bears repeating.  We are at the finish line of the school year from HELL!  Amen and Jesus take the wheel because I don't know how the heck we got from where we were to where we are now.

Oh, I know.  We left the craptastic middle school and found a place that actually gets him and has these novel educational ideas like following his IEP and doesn't keep him confined to the same classroom all stinking day.  Hmmm, imagine that.

I've never had a school year that felt as long as this one did.  I'm sure it's because we have all been through so much but I'm not gonna lie.  I am happy to see this one wrap up as I am OVER IT! As I type this the Kiddo is doing his usual pacing route in my kitchen through the living room, self talking a mile a minute his exact schedule down to the last minute of his last day of school. 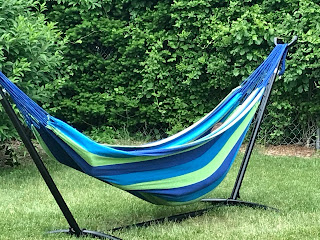 Kiddo's exact plans for the first day off. He's been practicing on the weekends. Yes, he is in there.


The part that kind of bugs me the most?  I kind of feel like we lost half a year of schooling.  So much was bad that the rest of the year was literally just picking up the pieces. Time is the enemy with autism and it kind of kills me that so much was spent on stuff that should not have happened in the first place.  I know a bunch of you right now are thinking "Is this chick named Elsa because she needs to LET IT GO!".  I wish I could too.  It's exhausting being sad about something isn't it?

We have an exciting few weeks coming up though. We're headed out on a road trip to a family resort that we have been to before and loved.  Daddy Fry and I must check the website for it everyday, just staring at the pictures like it's our own social story.  Hell, we even had a whole conversation on what poolside cocktail we're going to order first. Kiddo is making his own schedule of visiting first the outside pool then the indoor one with french fry breaks in between. I look forward for not making a bed or cooking a mean for a couple of days.  If there was ever a vacation we earned, it's this one.

Then it's right back to school for the Kiddo when we get back.  Extended School Year aka "Summer School".  Now don't you feel bad for him for going. He has gone every year to ESY since he was three. He doesn't know any other way and frankly, a busy Kiddo is a happy Kiddo. That wraps up mid August though.  That's when sh*t will get interesting.  Over four weeks off before school starts again.  Yeah, I'm panicking already about keeping him busy. I'm considering renting him out to vacuum at people's houses. Hey, he's good at it and he's mooched long enough off of us. ;-)


Can't wait for the Kiddo's music therapist to teach him this one.