Where should I move to get the best autism services?

If I had a dollar for every time this question was emailed or tweeted at me, I'd have my Kidd's co pays for speech therapy paid for life.  Heck, probably enough dollars to hire the speech therapist to hang out at my house for the weekend.  (Which I bet she would game for because she knows I have a pool and a bar in my basement.)

It sounds like such a simple question and one that shouldn't be so complicated to answer but like most things with autism, it is!  It should be black and white but it is not. Which is ironic seeing as autism thinking really doesn't do well with shades of gray.

The thing is, there's no magical list one can produce to answer this question.  Now I am sure there is someone right now reading this thinking "No, there totally is this article I found online about what states and school districts are best and which ones are the worst. Let me go link drop it and not read the rest of this piece even though Mama Fry took the time to write.  I have other things to do, like answering Buzzfeed quizzes to find out what shape of pasta I am.".  Link droppers, hear me out.  That's the first part of this.  That article you think sums it all up? There are so many of these articles written at different times and from different sources. It's almost overwhelming the sheer volume of them.

I totally get though why so many people ask this question.  There are multiple reasons why.  Some move because of work and don't want their kid's getting screwed over.  Some do it because they have HAD it with their current school district and figure it has to be better somewhere else.  Here are just a few things to think about before accepting some article you found online as the gospel according to autism school districts.

1) The different types of disabilities.  We all know the cliche. You met one kid with autism means you have met only one kid with autism.  Meaning, my Kiddo is different than your kiddo.  My child's needs can be and often are completely different than any other child's.  Kiddo is no longer in my town's middle school but there are other students there who have disabilities.  That school was unable to meet his needs but clearly they are meeting other students' needs.  At least, I hope they are but I'm thinking their parents would yank them out if they weren't, ya know?  It boils down to my Kiddo is very different than theirs. If that school is working for them, good.  So while I might share our story of how it rolled for us (like a bus over our heads), it's just that. Our experience. It's not the only experience one can have there. Which brings me to my next point...

2) A school district and experience can change drastically in the years your child attends.  As I mentioned above or if you have been following our story for a while now, the transition to middle school was, for lack of better words, a clusterfuck.  Now had you asked me about our school district  prior to that point like when he was in the town's early intervention preschool or his kick ass elementary, I would have been helping you pack to move to my town.  Those two schools were fantastic with the Kiddo and his needs.  Again though, it's just our experience.  There were other families I know that weren't getting what they needed or wanted for their kids.  No place is perfect.  If you asked me now what I thought of my town's middle school and high school program for special needs students, I got a middle finger salute answer for that.  I had no idea it would get that bad once he hit that age.  It was not something we wanted to have happen but at least we were able to find a private placement for him that gives him the supports he needs.  (And more importantly, the school district pays for it.)   Which leads into my next point...

3) Money. It's all well and good if someone declares "So and So district is the best district your kid can go to for school."  Can you afford to live there though?  Will you be able to change jobs and/or careers that easily?  We couldn't.  We're a one income family and my husband is a small business owner with partners. He is also only licensed to do his job in New Jersey.  To up and move to another state wouldn't be a breeze.  Not by a long shot.  I know we aren't the only ones in that kind of situation.  Sure moving to another state might help some problems but it could open up a whole other can of worms Like...

4) Family and friends that support.  We have my family in the local area and my husband's family a little farther away but still close enough that if we needed help, they could pitch in.  My mom has watched Kiddo vacuum her house many a time while I run around doing errands and my brother has had the Kiddo sleep over from time to time so Daddy Fry and I can have a date night here and there.  A pal of mine helped me out last summer watching the Kiddo for an hour because I had an autism speaking gig and my husband had a late night at work.  (Which Kiddo loved cause she cooked SO. MANY. FRIES.) My point is, we have some help when we need it.  I don't know about you but having that around is important.  Support like that can be hard to find and you can't always count on the next school district to solve all your problems because...

5) Good teachers in bad schools vs. Bad teachers in good schools. This applies to just about any student in a school, autistic or not.  There are fabulous teachers out there who empty their wallets and their hearts into a classroom and more often than not they are not in the fancy pants school district.  This is not to say that the teachers in the "better" ones are slackers though and I'm sure there are many a teacher in a "bad" one that's just given up or don't care.  Sometimes it's just the luck of the draw who is teaching your kid. I think it's pretty well established that a majority of the people going into education aren't there for the money. (Mainly because there isn't any.)

Now I know me bringing these things up probably doesn't solve the problem or answer the question on where to go but I bring them up because I think folks often forget them.  My best advice (not that you asked but hey, you're hear reading this anyway) is GOOGLE. Google the area and "autism" and see what comes up.  Hop on Facebook, type that area and autism into the search box and see what groups and pages pops up.  If you have no plans to move and you're staying put, answer questions about your area that people might post.  Don't answer ones were you don't know an area but your cousin's boyfriend's kid lives there and they said... You know what I mean.  Just stick to your turf.  If someone new moves into your hood and they are on #TeamQuirky, get to know them.  Be that "HOLY CRAP. HELP!" support person because you have been there.

Remember, we're #TeamQuirky, we take care of our own. We're kind of like the mafia but without guns and we're sleepy. 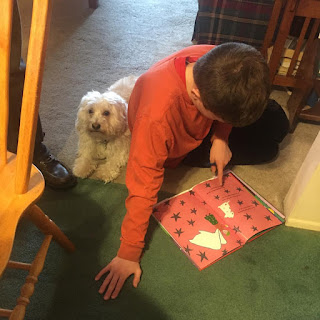 Kiddo knows we're not moving out of New Jersey ever.  I'm not leaving a land where I don't have to pump gas in my car.  43 years old. Never done it once. :-)