Time to meet another member of Kiddo's squad.  Allow me to introduce my brother, "Uncle D".  Technically speaking, he's the real writer of the family.  (Unlike me and my one trick pony topic of autism.) I thought it would be interesting to explore the ripple effect of autism with the extended family and he was game/felt guilty for all those times he let the see saw slam down to the ground by getting off of it suddenly causing me to land on my ass.  (Not that I'm bitter about that.)

So take it away Uncle D!

What is one thing about autism has taught you?


So there ya have it.  He's not half bad and Kiddo likes to call him "Uncle Pizza" because that's what we usually eat when we are over at their house. He also lets him vacuums his house when he's watching the Kiddo for me.  Yep, he knows how to show him a good time. 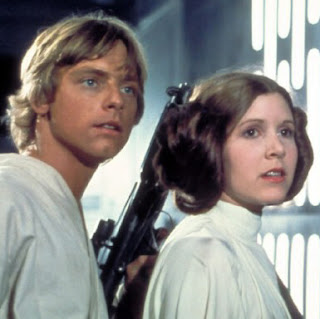 True story. This is the photo ID that comes up on my phone when he calls me.  Uncle D is a HUGE Star Wars fan and was aghast that I married a Star Trek fan.  I don't think he ever got over it.

Posted by Eileen Shaklee at 9:22 PM