The amount of anger and outrage on the Internet on an given day could probably power a small city at this point.  Science, it's time to find out how to harness that energy source.  Get on that.  I could give a crap about you finally inventing a hoverboard. (Which if you ask me ain't really one.  The hoverboard Marty McFly used never blew up on a regular.  Just sayin'.)  How about we all work on getting to a point of collective chill.  Is that possible?  I think so.

What do I do?  I pick and choose my outrage.  I have to do it.  It's a matter of survival. I am the Queen of circling the wagons to protect the last shreds of sanity I have left.  Let me give you a few examples.

Every few months a page will pop up on Facebook with the sole purpose of rattling the autism community at large.  It will have some name like "Kill all Autistics" or "Autistics are murderers".  Some crap like that.  Anyway, I think that's probably the ONE thing the whole autism community can agree on is that it's awful.  (See guys, we don't have to fight all the time! It's possible to agree on something!) A few times I have reported it to Facebook and asked you all to do the same and we get that beotch "French Fried" and shut down.  We feel like we got something done with our collective outrage and wait for the next time it will pop up.  Cause it always pops up again.  That dude is a one trick pony and yes, I said dude.  I really think it's only one guy.  He uses the same 5 pictures and has the same token outrageous statements each and every time.  Troll boy, try harder. Your troll game is growing stale.

However, the last time he did it I completely ignored it.  Why? Cause I'm done feeding that attention whore.  I really am.  I'm taking a page out of any parenting book and "planned ignoring" his ass.  I know a bunch of you were emailing me and I didn't respond and you were probably wondering "WTF?" about it but that time I was all "NOPE". I'd rather on doing something else than having the same exact fight again and again.  I don't mind if you all want to pick that to be outraged by.  Knock yourself out. No, don't do that.  Go knock that guy out.  Or some sense into him.  I'm just gonna sit over here with my cup of coffee and try figure out how I'm going to organize my first ever #TeamQuirky meet up.  (Goal for the year. I typed it.  So now I have to hold myself to it.)

You know what I am willing to give my outrage to?  Autism and wandering because holy crap!  That is worth my outrage.  Our kids are dying.   That is worth me screaming about it from the fecking roof tops.  I cannot stomach to see another missing child with autism alert go through my social media feed because I know what the follow up story will be.  No more!  That's another reason I did that Autism and Law Enforcement Round table last month and hope to do more.  I'm focusing my outrage towards action.

Oh, here's another thing I didn't know I was suppose to be outraged by but thank you dear Internet, always someone willing and ready to school me. ;-)  Inspiration Porn.  Did you all know this was a thing?  Or at least that's what some folks call those feel good viral stories that make the social media circuit.  Anywho, you know what? If reading nice stories about people being nice to other people isn't your thing, that's cool.  So be it but some of the rest of us (i.e. ME) like to see a bit of good in this world that on average is rather craptastic on any given day.   I'm not just talking about autism themed stories.  I'm talking about all the viral stuff.  The soldiers returning from deployment.  Animals being adopted from shelters.  Yadda, yadda, yadda.  You know what I mean.  I need those moments of win.  You don't like 'em? Fine Don't give them your "Click".  Scroll on. Be angry somewhere else.

The world in general can be pretty horrible and yeah, being nice is a rarity these days.  That's just the cold hard facts.  Folks DO need reminding to be be freaking human to each other.  In fact, I don't even mind that you are outraged by this inspiration porn.  That's totally you right to be. I'm just going to be over here with my opinion. You go over there with yours.  It's cool, dude. It's cool.  You see that old motto of "Agree to disagree" means just that.  Not "I'm going to say that but at the same time shame you into seeing things my way."   If that's your way of doing things, please go have a seat with the rest of the miserable people.  I'm not at that table.

When it boils down to it, the only thing I will be outraged by is any restaurant running out of fries.  In this house, that is worth a Henry Rollins induced smack down.  Anything else, pfffft.  Whatever.  I got laundry to do.  ;-) 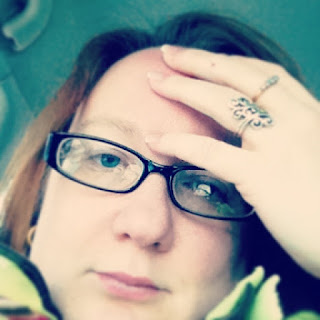 Opps! I forgot to be outraged and probably to take out something to defrost for dinner.

Posted by Eileen Shaklee at 8:47 AM