I am tired of fighting.

"I am glad to see he enjoyed trick or treating. He was excited to do it.
We are also glad to see he and his classmates went to watch science experiments yesterday for exposure to the science curriculum.
If a typical six grader is doing something, we want our son and his classmates to be given the same opportunity. Inclusion is as simple as that.  It is vital to presume competence in autistic and special needs students."


Off goes my latest email to the school team.  Making sure I thank them for what they give us even though all I want to do is scream how it's his right to have it.  Plus adding a little at the end to remind them why I fight the way I do for my Kiddo.

Because believe it or not school staff, it's not my aim in life to be the crazy parent.  However with all the stuff going on in our lives lately, it's been very hard NOT to come off that way.

And because we have a Kiddo who just hit puberty like a freight train and still can't accept the transition of being at this new school, I feel like I'm playing monkey in the middle right now. Between trying to get what he needs at school set up and then how he is being. I'm not Willy Wonka so I won't sugarcoat this.  It's very hard to fight and push for your child and then still have your kid acting out.

Today I had my own meltdown crying over just that.  How am I to get them to give him a chance when he still keeps acting the way he does?  All I want to do is yell at him "Don't you know how hard I am fighting for you?" I'm at the point now where I wonder why do I do it?  Why can't I be the piece of shit parent that doesn't care and isn't involved? I would love to be that parent.  Who would like to be Mama Fry? The job title is for sale. I really don't want to be her anymore.

I knew motherhood was a thankless job but lately I am seriously ready to run off to Australia and never come back. And I could too. You should see my blog stats from Down Under. You know how Jerry Lewis is big in France. That's me with the Aussies.  I could couch surf for weeks and live like a king!  (Okay, so yeah. Maybe that Mama Fry thing does have it's perks.)

I used to be able to accept the thankless part of it.  Really. If I saw him happy and thriving,that's all I needed. Now?  Not so much so. I'm fighting and pushing. It's still not working.  He still isn't getting what he needs. He's not happy.  Where do I go from here?

Well apparently it was to be called into the school again to go over his behavior and their complete inability to give him what he needs.  It's a real special moment when a school district tells you that they can't give him the free and appropriate education in the least restrictive environment as he is entitled by the law.

Before you say "SUE", which trust me, I pondered.  I sue to buy time to keep him in a place where they clearly do not want him nor can keep him safe?  There are other parents of his classmates that currently wondering if their kids are safe too.  There is just way too much uncertainly in that environment.

And since the second day of school when the principal turned to me and said "I sure hope you don't write about me in your blog.", I knew that Kiddo had a target on his head.  She did not want to deal with us.  So they are happy to send us on our way.  And frankly when she told me "Just lie and not tell him" about canceled appointments so he could have time to process things, that NEVER sat well with me that I was sending him to a school that had a staff member who could say things like that.

I'm heartbroken and scared.  I am starting all over again.  Now we scramble to find another placement for him and traumatize him again by taking him away from the classmates he has grown up with since he was three.


Licking our wounds.  Trying to figure out how we tell our son about this next direction we are all taking with him. Trying like heck to be okay so I can convince him it will be okay. 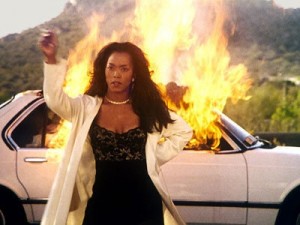 Posted by Eileen Shaklee at 7:26 AM