Services are as plenty as unicorns.

If you are new to autism, I have a bubble to burst.

SPOILER ALERT:  There are no wealth of services to help autism families.  I am not tripping over free stuff to help my kid.

EXTRA BONUS SPOILER ALERT: The older your autistic kid gets, the less there is out there for them.  What's exactly is less than already not that much? I was never very good at math.  Hit me up with that term if you know it.  I lost interest when that math teacher of mine was always looking for "X". (Give it up, Teacher. If "X" wanted you around, you would know it. Stalker.)

SUPER DUPER BIGLY SPOILER ALERT: There are many fine people that do work in schools and social services for our kids and I'm pretty sure they don't even realize just how little there is.  I really hope this is the case because I can't imagine working in a field that has that little to offer and KNOWING that there's often jack shit for a family.  (If you do, props to you. I'm in awe you go and do your job anyway.)

So if you have been following our story, Kiddo started at our district's middle school this fall and it was an utter clusterfuck. It was a glorified babysitting service and he made it be known LOUD and CLEAR that he was not having that. They didn't know what to do with him and so we left.  We are now in a school where they are actually challenging him academically and socially.  So far, it's been a good situation.

But we are still dealing with leftovers from the school district.  Before leaving, our caseworker helped us sign up for Perform Care, which is program in New Jersey.  It was SUPPOSE to help us get in house behavior therapy and some respite for us.  That process started in November.  It took till the last week of January to actually get a therapist in here. Yes, the wheels of that service turn slowly.  Respite? Hahahahahhaa! Like that will even happen in my lifetime.

Fast forward to now and I have a completely different Kiddo on my hands.  His anxiety isn't as bad.  What I needed then, I don't now. Plus even if I still did have a super anxious Kiddo, I still didn't get the BCBA that I needed.  I got a social worker.  A very nice social worker who my son very much likes but it's not what he needs.  If my son had a different type of functioning level, maybe this would have worked.  However, he does not. She's limited on what she can do with him and pretty much every thing she had in her arsenal, we've been there, done that, and made out the sticker chart.  Even she this week was like "Yeah, umm, I'm going to ask for BCBA to come in." cause she's got nothing.

I go to talk to my caseworker who keeps referring to a form I filled out months ago and I keep repeating like my own autism script of "But this isn't the kid he is now.".  This agency keeps referring that I need to have support too. Great, I get that but even the supports are for newbs!  He offered a family support person (kind of like a mentor) to me before and brought it up again.  This is a woman that told me she would explain things like "What's an IEP?"  Ummm, dude. Kiddo is 12.  Catch up. Kiddo's social worker gave me a list of blogs to follow.  I then had to come clean with who I am and how I have my own blog.  I appreciated the effort of what they are offering but to an Autism OG we need something past "Autism 101", ya dig?  Yeah, thanks for telling me about groups like Autism Speaks. I've written for them. Next!

The thing that is going to support me the most now is to get Kiddo what he needs.  Like what about getting a behavior therapist to come to my house to witness the utter magic that is "WTF Wednesday"? I get it. I'll need someone to come early in the morning to see it. I'm willing to make them coffee. Heck,I'll buy named brand frozen waffles for them. I'll even gussy myself up by putting on real pants and a bra.

And are there no college kids who are trying to get some field experience to pad up the old resume for when they graduate that could use a job as a respite worker in the state of New Jersey? I find that hard to believe as someone who was once a psychology major and saw those job offer notices on the department bulletin board all the time.   This is what I asked for months ago. It's February.  Still, nada. Nothing.

What I keep finding is a lot of sociology double speak. A lot of meetings, phone calls, and forms.  Not a lot of actual practice. This is how those folks who do stay on waiting list eventually get what they need.  Cause folks like me say one day "Fuck it." and just walk away from this less than bare minimum.  I'm getting frustrated and pissed off. If I can't get what I need for him now, what's it going to be like in coming years? (YUGE SPOILER ALERT: AWFUL!)

Oh I know, this is when someone will tell me about the large amount of charities and churches that maybe, just maybe, might help my Kiddo. Cause you know, it's not like he's entitled to any governmental service like every other citizen in this country. I mean, that's just silly. We'll just have to rely on the kindness of strangers reaching into their pockets that day. That's a solid plan!  What could possibly go wrong? 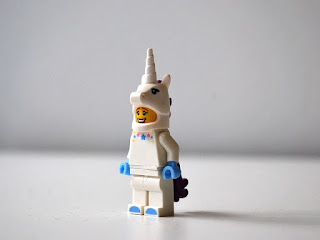 If actual services were as plentiful as Legos we would be set!