"I prob’ly shouldn’t brag, but dag, I amaze and astonish
The problem is I got a lot of brains but no polishI gotta holler just to be heardWith every word, I drop knowledgeI’m a diamond in the rough, a shiny piece of coalTryin’ to reach my goal my power of speech, unimpeachable."

"My Shot" from HAMILTON

This is the Kiddo. This is where we are at the moment.  We know he's got so much in him but damn, getting it out of him is ROUGH right now.

We are in week number four of the new school and things are still bumpy but the good news is the FBA (Functional Behavioral Analysis) and the BIP (Behavior Intervention Plan) are done.  Time to meet up with the team and nine people came together for one Kiddo. You know there's a lot to go over when they have to pull in chairs from over rooms to cram all the people needed for this meeting around the table. 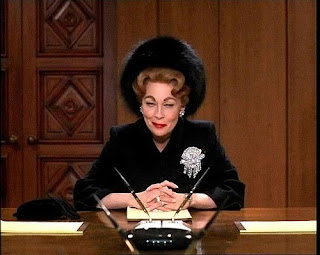 Reenactment of what I wore to the meeting. Okay, maybe not but I didn't wear yoga pants to it. Real pants, people. Real pants.

That being said, the BCBA (Board Certified Behavior Analyst) had a lot of interesting insights about the Kiddo and his behaviors as of late.  Some of which were some light bulbs switching on moments of "Oh, that's why." and some were "Yes! I knew it!  That's what I have been saying!"

And it sure was nice to realize "Okay, this guy gets him."  I had to restrain myself from leaping across the table and kissing him full on the mouth.  My husband would have understood. He was glad to see this guy seems to get the Kiddo too.

The behaviors. Oy, these behaviors already.  I am so OVER them. I'm not gonna lie. We have been sad about them and we have also been "Oh FFS, Kiddo!!! Why????" about them too. I am trying my hardest to be patient which is ironic because that's one of the issues Kiddo has been having trouble with handling. Zero patience. Zilch. He sees a thing he wants, even if it's an event that's several hours or even days away from the moment and he just WANTS IT NOW.  This isn't just a spoiled kid tantrum about it.  This is an autistic person fixation on a subject.  There's not much one can do to correct this behavior other redirect, redirect, and did I mention redirect?

We are also seeing so many attention seeking behaviors.  For a Kiddo with autism, he has been CRAVING eye contact and constant social interaction like mad! So the best plan to tackle that is keeping him busy, giving him lots of praise for "catching him being good", and no reaction/planned ignoring all the behaviors. Most of these behaviors are seen during periods of less structure, so the suggestion was made to continue making him the classroom "beotch" and keep giving him work and jobs to do.  I've seen this at home too. If he's busy helping, he's happy.

Let's talk about that planned ignoring thing though, shall we? So much easier said, than done.  Especially when the other kids in his class can't stop from being kids and reacting to said behaviors. So even when the staff is all board with the plan, he can still get his negative attention fix from his classmates who are autistic and/or special needs and can't just be reminded "Hey, ignore Kiddo. It's in his BIP."   This becomes a challenging part of this behavior situation.

Funny side story, a bunch of us parents of these kids hung out at "Back to School" night having a good chin wag over things and taking turns apologizing to each other over what our kid might have done to their kid.  "Oh my god! My Kiddo grabbed your kid?  I am so freaking sorry."   "My kid bit another kid. It was yours? Oh damn. I'm so sorry."   No one was upset about it. I mean, hey, I don't want my Kiddo to be bit or to be grabbing anyone.  I get these are the behaviors though in a self contained classroom.  Comes with the territory.  As I told the mom of the boy that just so happened to bite my Kiddo, "I'm surprised it hadn't happened till now."  (And to that mom cause I know you read this, seriously.  I ain't mad at ya or your kid.  I know he's having a rough adjustment too.)

Needless to say we still have a lot of work to get done with the Kiddo. We are doing everything on our end and now the school is doing their part of the load which includes hiring a one to one aide to be assigned just to the Kiddo.  That's right, from now on it's going to be Kiddo plus one.  Now having had worked in a school, this is the part that I am both hopeful and nervous about.  This person will have a lot on their shoulders. I'm hoping like Hell they can not only do the job required but see past the behaviors to that "diamond in the rough".  I'm also eager for them to be hired as soon as humanly possible.  (Hey School Staff that reads this Hey! How's that hiring processing going? You got someone yet?  Get them to get that fingerprinting appointment ASAP.  You know those slots fill up fast. Oh, let that paraprofessional know that I give nice gifts at the holidays and the end of the year. Thanks!)

Hopefully this is the shot that works or Daddy Fry and I are going to be "doing shots" of whiskey.  I am so not ready to give up on this working. I know it can. He can do it. We can do it. The school can do it.